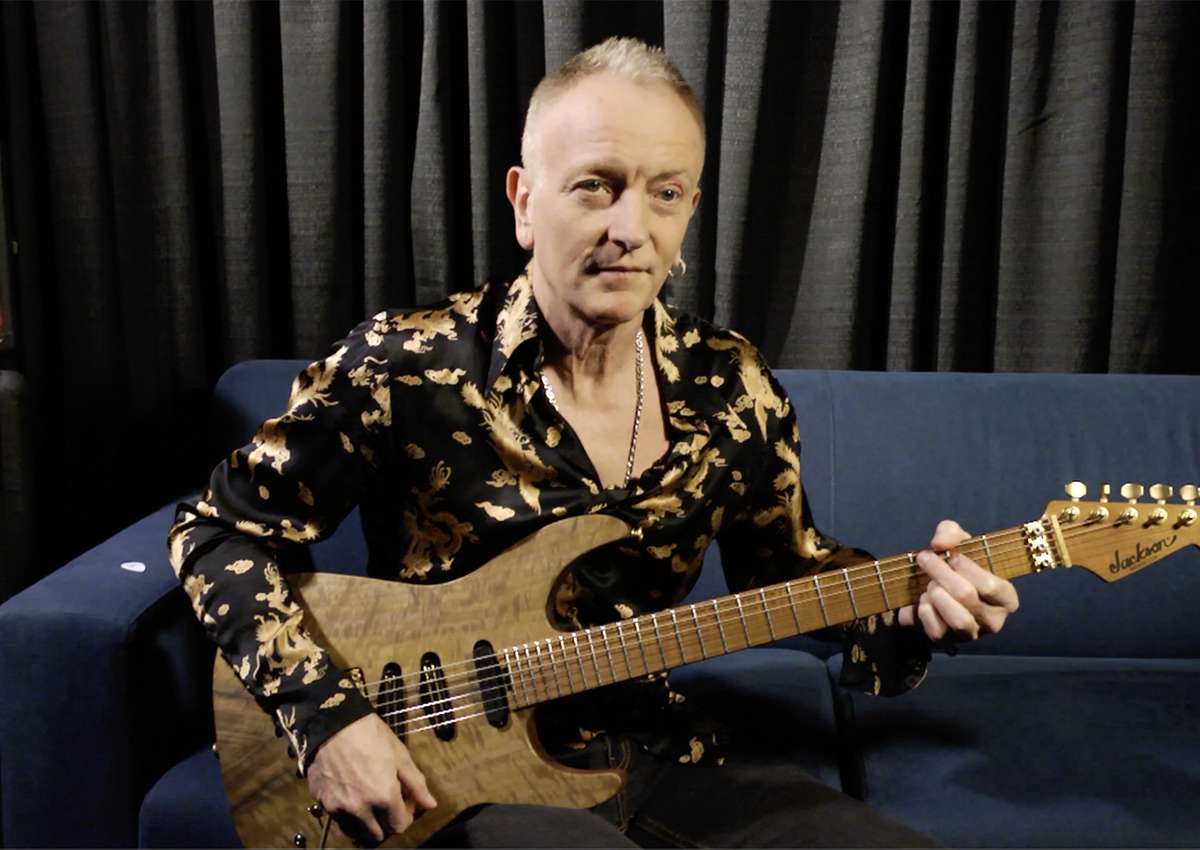 Def Leppard guitarist Phil Collen sat down with the Jackson team for an exclusive video where he showed off his phenomenal playing chops and all the wild and versatile tones from his new USA Signature Limited Edition Phil Collen PC1 Claro Walnut model.

“I just finished a huge Def Leppard tour and we took this out,” said Collen. “It was the star of the show for the guitar parts.”

Although Collen has played hundreds of guitars over the year, he’s been a Jackson signature artist for 33 years now and still feels that all of his signature Jackson PC1s truly top the bar.

“It’s my favorite guitar, literally,” said Collen. “My guitar tech, I’ll turn around [to him] when I am on stage and say, ‘Oh, my god. It sounds so amazing!’ It really does, and I can’t say that about other guitars.”

A custom DiMarzio® DP426 “Sugar Chakra” bridge pickup and custom DiMarzio Fast Track 1™ middle pickup tackle everything from crunchy leads to swelling lows. The PC1 Sustainer Driver neck pickup is a unique appointment that acts as an EBow for endless sustain across all six strings.

“On the Hysteria album, we did a lot of stuff with Ebows; the PC1 Sustainer Driver is an extreme version of that,” said the recently inducted Rock and Roll Hall of Famer. “With an Ebow you have to put it on a string at a time. With the [PC1 Sustainer Driver] you can actually do chords and everything.”

Collen illustrated what he meant by that, and also played through an array of material — from funky progressions and rock ‘n’ roll solos to the Police’s “Every Breath You Take.”

“You can shred away and do all that good old stuff, but it also cleans up like a Strat,” noted Collen. “It’s amazing. That’s the one thing we noticed on tour.  You can do a lot of clean stuff — ‘Love Bites” and ‘When Love & Hate Collide’ and all of these songs. It cleans up just amazing.”