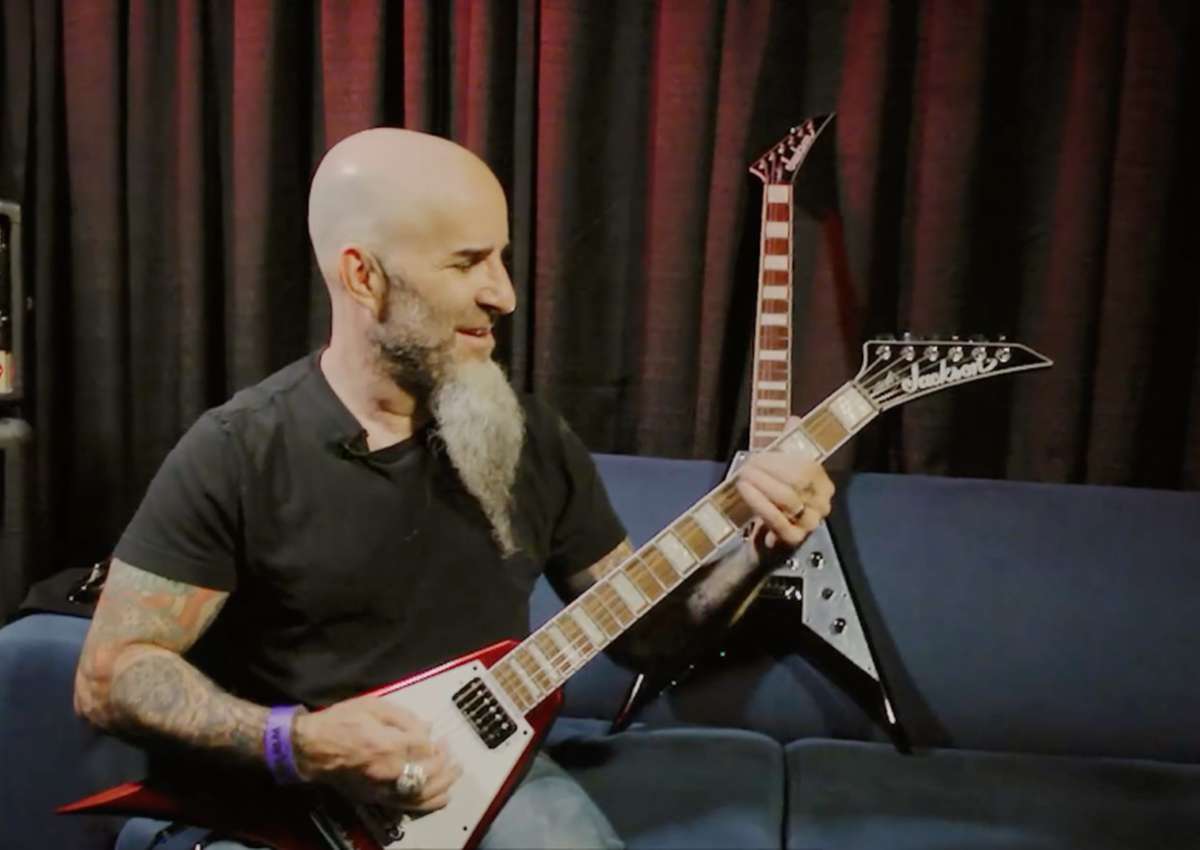 “It’s finally available to all of you out there and I’m very, very happy about that,” said Ian, who has often played both a custom and import version of the same colored guitar onstage. “Most importantly, it sounds correct and that’s really all I care about. Looking good is one thing, but if it sounded like crap then it wouldn’t matter. But this thing’s got it all. It looks great and it sounds great.”

Loaded with a pair of Duncan Designed™ HB-103 pickups, the KVXT is indeed up to the task of driving plenty of crunchy, thrash-worthy tones.

“I mean, I play these — I guess what you would call the mid-price —I play these on stage,” said Ian. “It’s not like I only play the USA ones. I’ll be damned if I can tell a difference most of the time.

“They sound the way they are supposed to sound and in all seriousness, that’s what matters to me.”

Watch below as Ian gives a rapid-fire rundown of some of its key specs.