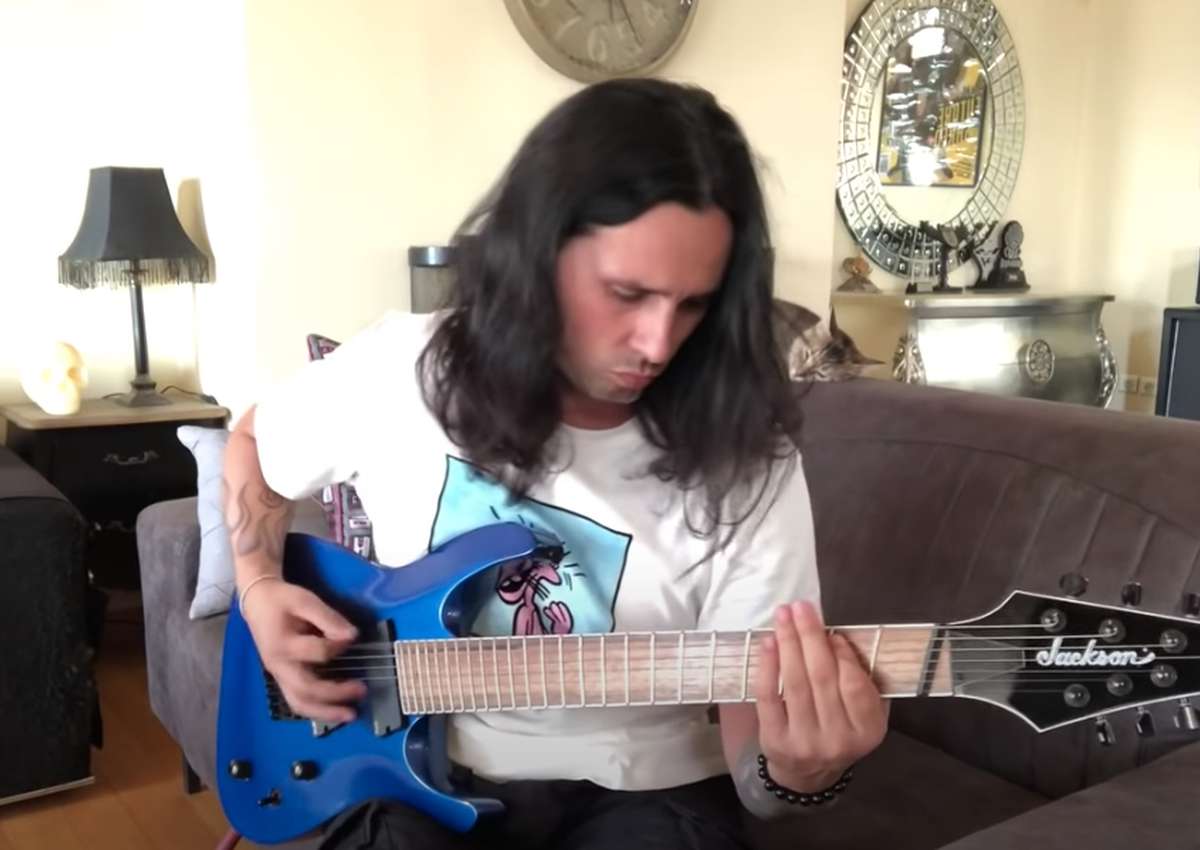 This model’s mahogany body is finished in Ivory with Black pinstripes, reminiscent of the axe made famous by the late Rhoads.

“The pinstripes are classic, it’s such an iconic guitar,” noted Gus G.

The Firewind guitarist knew no demo of the Pro RR3 would be complete without a stellar playthrough of the classic Ozzy Osbourne number “Crazy Train.”

“You cannot hold this guitar and not play this riff!” said Gus G. as he tore through the iconic song from Osbourne’s 1980 album Blizzard of Ozz.

“It sounds fucking great and it feels great!” concluded Gus G. “I really love this guitar; it is so special to me.”

Watch Gus G. test drive his new Pro RR3 in the video below.