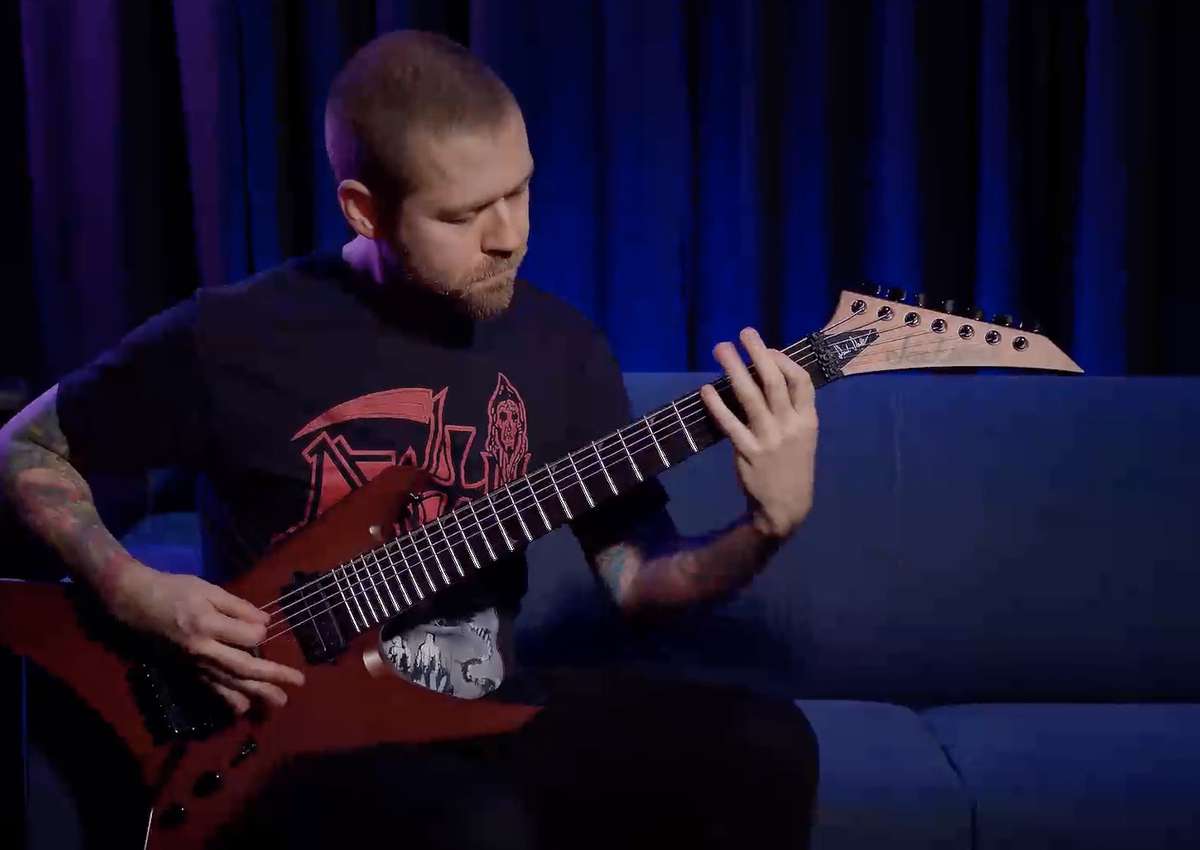 First up, his Pro WR7 is loaded with DiMarzio® Imperium 7™ bridge and neck pickups that kick with a full-bodied low end and shimmering clean highs without sacrificing note definition.

“DiMarzio Imperiums have been in all my signature models, I’m a huge fan of them,” said Davidson. “They are more medium output. They’re not super high output, so I think the notes really come through. Whether you’re playing a precise riff, it’s got a punch to it and the notes don’t get lost.”

Davidson’s Warrior is also outfitted with appointments that cater to comfortable intricate riffing, including a sturdy ebony fingerboard and an oiled maple neck.

“The neck’s got an oiled finish,” said Davidson. “I’ve played gloss necks before but I prefer the gun stock oil-style finish. It rewards you the more you play it. It feels familiar, like you’re shaking hands with an old friend!”

Ten years as a Jackson artist and four wicked signature models later, Davidson also reflected on what it meant to him to be a part of such an iconic brand in the world of high-performance axes.

“It’s an incredible honor to be a part of the Jackson family and have my own signature guitar,” noted Davidson. “Jackson is in my blood because it was really the first metal guitar I was really proud of. My parents bought me a Ferrari Red Warrior. It was part of my musical DNA growing up, it just inspired me.

“The Warrior just caught my eye the first time I saw it. I just thought, ‘That’s so badass.’ I think it’s important for an instrument to inspire you, and the Warrior definitely does that for me.”

Watch Davidson show off his new model in the video below.